Check out the latest news here. You can also stay up-to-date with our LinkedIn Page. 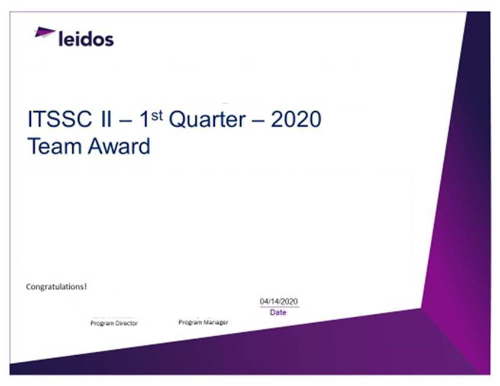 TrustedQA, Inc., as part of Northrop Grumman Mission Systems' Small Business Team, successfully deployed the latest installment of the Global Command and Control System-Joint (GCCS-J) platform and was recently awarded a continuation via the Sustainment and Maintenance Contract. GCCS-J is the Department of Defense (DoD) Joint Command and Control (C2) system of record. The platform incorporates situational awareness, support for intelligence, force planning, readiness assessments, and deployment applications to plan and execute joint multinational military operations. This $76+ million-dollar award represents one base year contract with four option periods under the CIO-SP3 contracting vehicle.

Neil Moyer, President of TrustedQA, will present his insights on the ‘Washington DC Metro Area QA Job Market and Hiring Trends 2018’ at the upcoming Software Test Professionals Conference (STPCon) being held on October 22-25, 2018, at the Sheraton Pentagon City Hotel in Arlington, VA.

TrustedQA was awarded a subcontract to provide software capabilities for the Joint Deployable Intelligence Support System (JDISS V) Program based in Suitland, MD. The JDISS V Program is a 5 year contract that allows connectivity and interoperability with intelligence systems supporting forces, in garrison, and deployed during peace, crisis, and war.

TrustedQA is proud to announce that the Air Force Material Command has awarded the Raytheon/TQA team a six (6) year $375m contract to sustain and modernize the US Air Force’s (USAF) Air and Space Operations Center Weapon System (AOC WS). The integration of TrustedQA’s FAST CAR Test Automation Framework into the proposal and live demonstration played a critical role in helping the Raytheon team achieve their proposed “innovative modernization through sustainment approach which incrementally improves systems without interruption to critical missions”.